Teixeira, Pinto & Soares, SA. The company from Amarante that is making the “Batalha Centro de Cinema” ““Vai no Batalha” it is, even today, an expression in full use in the city of Porto, mainly among the popular classes, but it marked, above all, the generations of Porto inhabitants in the second half of the 20th century, a time when movie theaters were full at night. and on weekends, in adventure, drama, comedy or martial arts sessions and transported spectators to illusion and fantasy scenarios.

As it is so used, “Vai no Batalha” was included, with its own right, in the Calão do Porto Dictionary, by Carlos Brito (2016), whose author contextualizes its use and meaning in this way: “It’s a lie; you are making a great movie; You are exaggerating”.

The expression, adds the author, “refers to the Cinema Batalha, in the square with the same name, a stage of excellence in the city, where the great movies were shown (…), until the fashion came from movie theaters in shopping centers. Cinema Batalha closed the box office a long time ago, but the expression remained and is used whenever someone wants to refute their interlocutor as to the veracity of the facts they report. So little credible, they look more like a movie!”

Well, soon, the expression “Vai no Batalha” will have everything to be used properly again. Cinema Batalha, closed since 1974, will, in February 2022, reopen its doors, completely restored, undergoing transformation works amounting to around 4 million euros.

The works were awarded by the Municipality of Porto (through the Municipal company Go Porto) to TPS – Teixeira Pinto & Soares, SA., a company from Amarante with a tradition and reputation in the execution of public and private contracts, namely construction and restoration and rehabilitation of buildings with high historical and heritage interest.

The rehabilitation of Cinema Batalha and its transformation into “Batalha Centro de Cinema” – based on a demanding specification – will constitute yet another milestone in the history of TPS, SA., which already has its name linked to the rehabilitation of other emblematic buildings and monuments such as the Convento do Desagravo do Santíssimo Sacramento (Lisbon); Convent of Jesus (Setúbal); Luís de Camões Theater (Lisbon); Dom Manuel Palace (Évora) or the Iberian Archeology and Art Museum (Abrantes).

Bruno Soares, Chairman of the Board of Directors, refers, by the way, that “TPS, S.A., is, today, a company with the capacity to execute large national civil construction contracts, maintaining its family nature“.

“Our future”, he adds, “involves continuous growth and consolidation in the national market, basing our principles on a consistent policy of human resources, according to which our employees are the key to the company’s success. Over the 24 years of existence, we have followed a demanding but safe path, which gives us the conviction that we are prepared for a better, more optimistic and attractive future, without ever forgetting our purpose of serving our customers and producing economic wealth and social.”

According to that responsible, TPS, SA. it has ongoing high-value, complex-executed rehabilitation contracts, in which the mobile and integrated heritage to be intervened is of very significant importance.

“We are talking, he says, about works such as the rehabilitation of the Cathedral of Portalegre, the Garcia de Resende Theater or the refurbishment of the Eborense Central Hall. Although TPS has specialized in rehabilitation over the last few years, we are not just a company focused on this focus. We are, above all, a company that executes large contracts for buildings or public equipment. We have works in progress such as school centers (School Park), hospitals (IPO), continuing care units, health centers (SRU Lisbon), social housing (Câmara de Lisboa), among others”, underlines the Chairman of the Board of Directors.

In the private works sector, the portfolio of TPS, SA. it is also diversified, including several works of significant dimension, such as the expansion and rehabilitation of the Old Palace in Cedofeita (Porto); the construction and rehabilitation of the Hotel Le Consulat (Largo Luís de Camões – Lisbon); or the construction of the Horizonte residential building, in Ericeira. In Amarante, specifically, the company was in charge of building the CampusClinic.”

In the market for 24 years

The company Teixeira Pinto & Soares, Lda. was founded in 1997, with a share capital of 600 contos, having as its head office a space at Rua Francisco Sá Carneiro, in Amarante, and as Managing Partner Fernando da Cunha Soares.

In December 2015, it was transformed into a Public Limited Company and in October 2017 it became owned by Latitude Capital SGPS, S.A.

Having started its activity with a Class 1 Permit, TPS, SA. it currently has a class 9 license, it provides services to public and private entities and its share capital is 1 million and 750,000 euros.

Teixeira Pinto & Soares, SA. it is headquartered in the Industrial Zone of Telões (Amarante), an office at Rua Augusto Rosa, 79 (Porto) and Delegation at Rua Marciano Tomaz da Costa (Cacém). The Board of Directors is made up of two members, the chairman being Bruno Fernando Macedo Soares and member Pedro Miguel Macedo Soares.

Aiming to invoice, in 2021, 45 million euros and obtain new awards in the amount of 50 million, TPS, SA. it employs 119 employees and has completed numerous projects over its 24 years of activity.

Cinema Batalha, a replacement for the High-Life salons, was built according to a project by architect Artur Andrade, and inaugurated on June 3, 1947. Associated with its construction were civil engineer Bernardino de Barros Machado; the painters Júlio Pomar, Augusto Gomes, António Sampaio and the sculptors Américo Braga and Arlindo Gonçalves.

Originally, Cinema Batalha consisted of two auditoriums: one with a capacity for 950 seats (audience 346, tribune 222, balcony 382) and another with capacity for 135 people. It also had two bars and a restaurant with a terrace. In 1974, the Sala Bebé was born in its basement, which began to occupy the space that had been the cafeteria.

In 1974, it would close its doors, remaining closed until 2006, when it was leased by the Comércio Vivo Office, which used its facilities until 2010. Closed again, in 2016, it would be leased by the Porto Chamber which, in 2018 , launched a public tender for its rehabilitation and transformation into

The architecture project for the “Batalha Centro de Cinema” was in charge of Ateliê 15, by Alexandre Alves Costa and Sérgio Fernandez. Rui Moreira, Mayor of Porto, cited by the Porto.pt portal considers that “the two unavoidable names of the Porto school – in fact, with historical connections to the equipment – ​​conceived a project that responds to the technological challenges and cultural uses foreseen for o Batalha, managing, at the same time, the heritage vicissitudes of a unique building, classified in 2012 as a Monument of Public Interest”.

In addition to its two projection rooms, prepared for the exhibition of digital and analogue formats – the Grande Room with 333 seats (Sat: 183, plus 4 for people with reduced mobility; Tribune: 112; Balcony: 34) and the Studio Room with 134 seats (2 of which for people with reduced mobility) -, the ‘Batalha Cinema Center‘ will include a 65 square meter gallery space dedicated to the visual arts; a library specialized in cinema, which aims to be an “epicenter” of the documentary collection on the seventh art, and also a media library dedicated to the film heritage of the city of Porto, with a digital archive that will be worked on over the years .

The new space will also include a bar, resulting from the restoration of the old tea and coffee room – where the Baby Room was built in the 70s – and which will be equipped for exhibitions and performances.

“Transformation project is of some complexity”

With the works moving towards their final stage, that technician mentions that “during the course of construction, unforeseen construction methods appeared at the time, which gave rise to even greater complexity, both in the execution of the works and in the solutions found” .

It recognizes, however, that “the building will be equipped with the latest equipment, whether in terms of projection, electricity, sound or HVAC (Heating, Ventilation and Air Conditioning”.

“One of the particularities of this project, which is also an increased concern, has to do with the building’s acoustics, so the best solutions have been used, in order to provide it with soundproofing capable of allowing various shows in simultaneous”, says the person in charge.

In terms of accessibility, acknowledges Emídio Lopes, it is a well-designed project, “which allows users the possibility of seeing their show without finding themselves in the corridors. It is prepared to receive people with reduced mobility in all spaces of the building”.

Emídio Lopes also said to AMARANTE MAGAZINE that fire safety issues are well guaranteed and resolved by the project, “not allowing failures that may, in the future, in equipment of this magnitude, worry its users”.

“The original colors of the facade of the first painting made at the opening of Cinema Batalha will be replaced in this rehabilitation, in order to maintain the originality of the building, which will allow the city of Porto to have one more space available for its residents to enjoy and share memories of other times”, stresses Emídio Lopes.

According to the Porto City Council, the Batalha Cinema Centre, which will be directed by Guilherme Blanc, will open its doors in February 2022.” Teixeira, Pinto & Soares, SA. The company from Amarante that is making the “Batalha Centro de Cinema”7 de May, 2021

Palacete Cedofeita in Porto: 4 of the 13 luxury houses are already sold29 de June, 2021 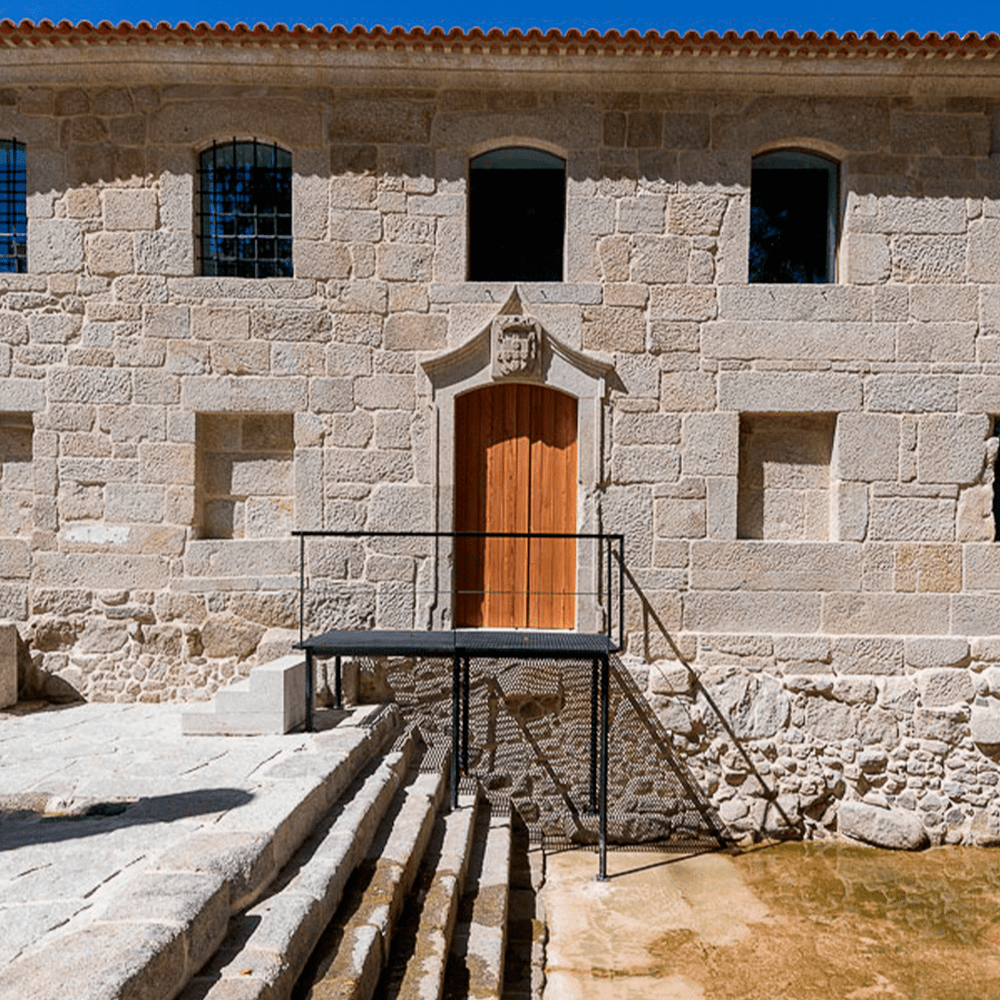 Signing of the Contract for the construction of the Carcavelos Health Center13 de September, 2021 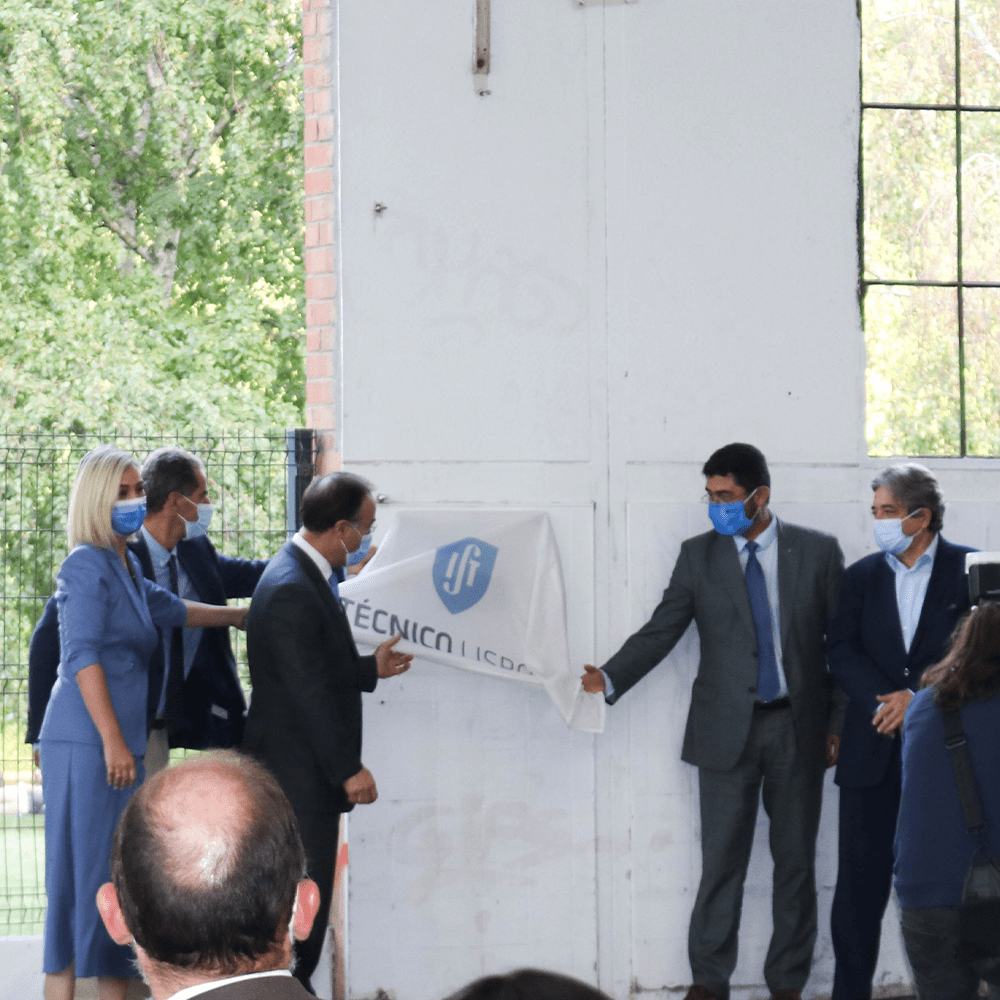 Presentation and laying of the first stone of the “Technical Innovation Center”11 de November, 2021 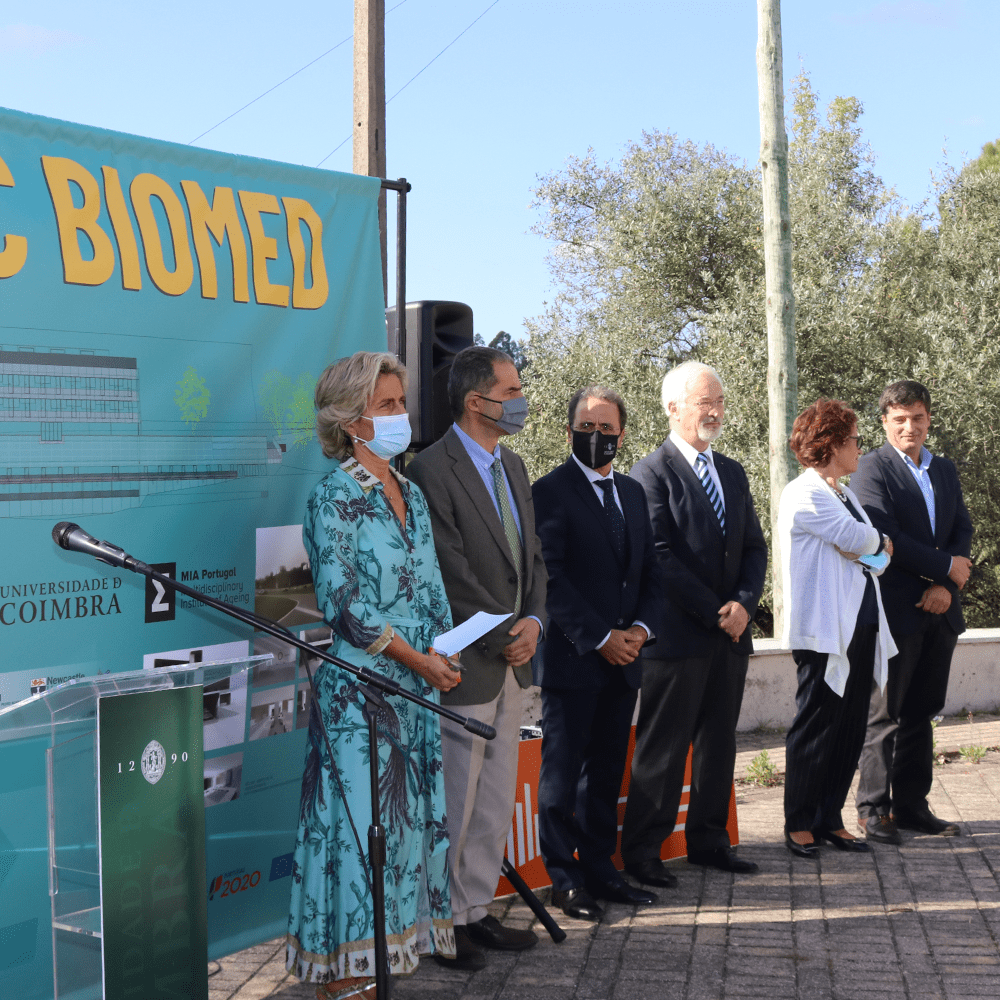